All Collections
Updating languages after the first translation
How can I update my translations?

How can I update my translations?

Update new contents in all the languages. You only have to insert texts in your default language

Glotio makes the job for you, updating your texts. You just have to enter it in your source language. There are two options so that your store is always updated: 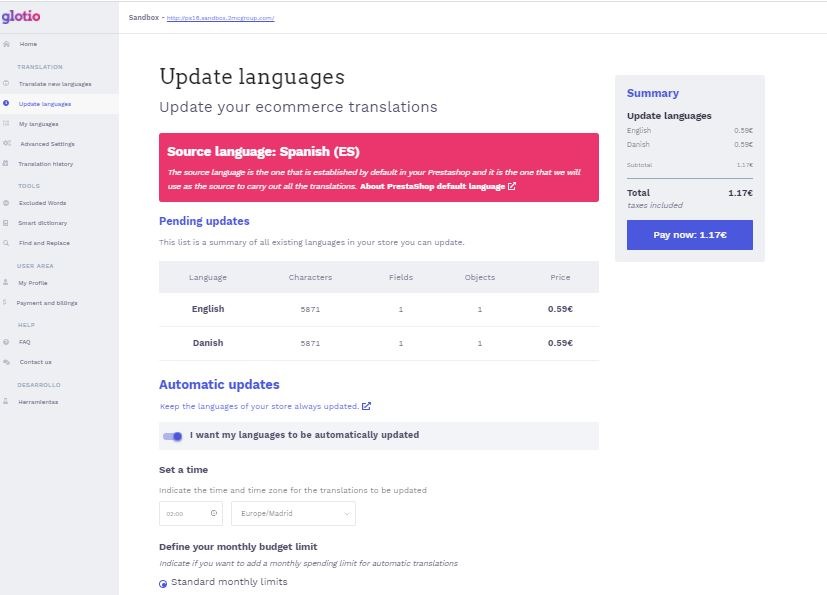 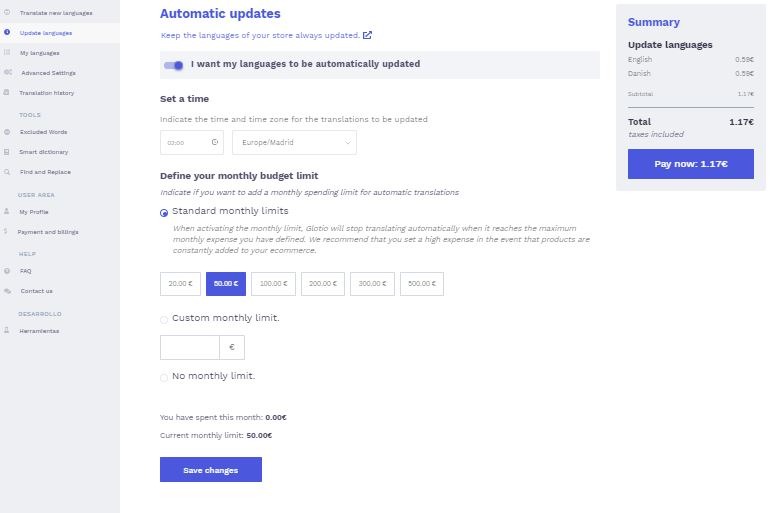 What rules does Glottio use to update the text

After translating a language for the first time, Glotio scans your website to find the text changes you have made in your online store.

If you modify any text in your default language, Glotio understands that there has been a change that must be translated. In this case, it will also check the changes in the texts in the other languages and decide whether to translate it or not.

Some examples, assuming a store from English source language to Spanish:

- In case you choose automatic updates, you can make all the changes you want during the day, and at night Glotio will check what has changed and translate it taking into account your dictionary and your list of excluded words, as long as text containing these words or phrases is going to be touched. The languages that you have activated in our panel, will update automatically every night, so that you have your online store always updated.

- In the case of manual updates, you will see the pending characters in your Update languages panel and the change will be made once the payment has been made.

Beware if you have tools that update products automatically. In this case, it's possible that the translation is updated in your source language and Glotio translates the same text many times. If this is your situation, please, contacts us so that we can find a solution. In any case, if you have to update your PrestaShop version and / or restore backups, never change the IDS of categories, products, etc. because later this can be a problem when translating again, since for Glotio's logic they become TOTALLY new texts and it will translate everything again as if it were the first time.

WARNING: Glotio is a machine and it is not able to understand and translate ONLY the word you changed. Even if it is just a comma or symbol, Glotion will re-translate the entire element that contains the change.

- If you have chosen the option to not completely translate the language, Glotio won't translate all the fields that it considers as not empty. Please check this article: http://help.glotio.com/en/articles/3448158-i-already-have-a-partial-translation-how-can-i-choose-the-texts-that-glotio-has-to-translate

So, the general rule if you want to translate is adding texts only in the default language, the rest glotio does.

Error: I have translated / updated a language and there is an untranslated text

How works the payment of automatic updates

Benefits and advantages of machine translation