Before translating, define your translation rules: create your own dictionary

The Dictionary tool is one of the 3 advanced tools available inside Glotio, with the Excluded words and the Find and Replace, to improve the quality of your translation. Glotio will allow you to add words and create a dictionary in all languages. In this way, you are able to choose the appropriate word, depending on your target.

We recommend creating a dictionary before translating a language. These rules cannot work on texts already translated, so Glotio will use the Dictionary rules every time you TRANSLATE the same text again. It doesn't use those rules if these texts are not going to be touched, because there isn't any translation history. If you have already translated and created the dictionary later, you can correct the errors using Find and Replace and then add those words to the dictionary. 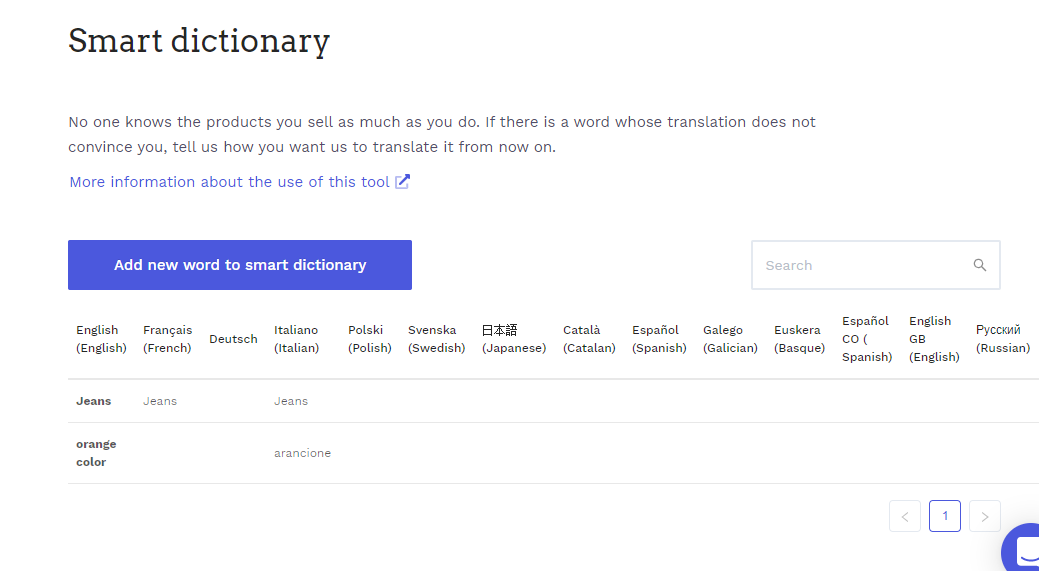 How to add new words

In order to add a word to the dictionary, click on "Add new word", enter the word or phrase and its translations and save it when you finish. You should consider the following:

Which rules does Glotio use to respect the original format of my texts?

The following paragraph describes the rules of how Glotio respects the original format of the texts using the dictionary. For all the examples below, we assume that a dictionary rule has been created that translates “coche” to “supercar” from Spanish to English and that translates between those languages.

IMPORTANT: it is possible that an excess of rules could deteriorate the quality of the translation.

I already have a partial translation. How can I choose the texts that Glotio has to translate?