Before translating, define how to improve your translation: add words and sentences you don't want to translate

E-commerce stores are very peculiar to translate. There are many repetitions and words that don’t need translation (brands for example). In Glotio, among the most advanced options, there is the Excluded Words feature. It's the way to teach Glotio which words you don't want to translate certain words or whole sentences such as brands or suppliers. You can automatically add them to the exclusions list.

We recommend to create this list before doing the first translation into a language. Glotio will use the words from your excluded words list each time that same text will be TRANSLATED again. It will not take them into account if these texts are not going to be touched.

This is another tool to improve your translation quality. In this case, the “list of excluded words” let you select some words which you want to keep translated in your default source language.

Brands and suppliers are part of the excluded words: for example, if we are talking about an electronics store with the “Apple” brand, you don't want it to be translated as the fruit in other languages .  By default Glotio excludes your brands and manufacturers from any translation. In this way we make sure you don't need to fix them manually after translating, using the Find and Replace. 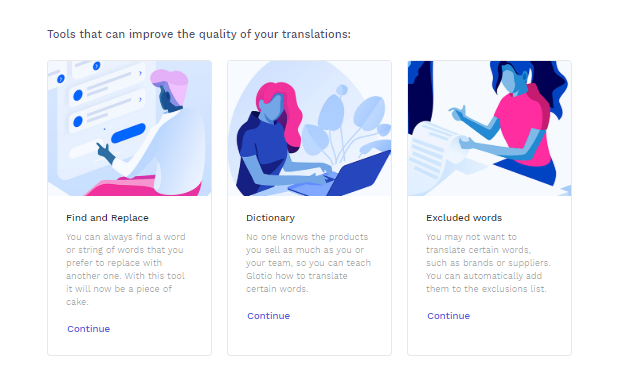 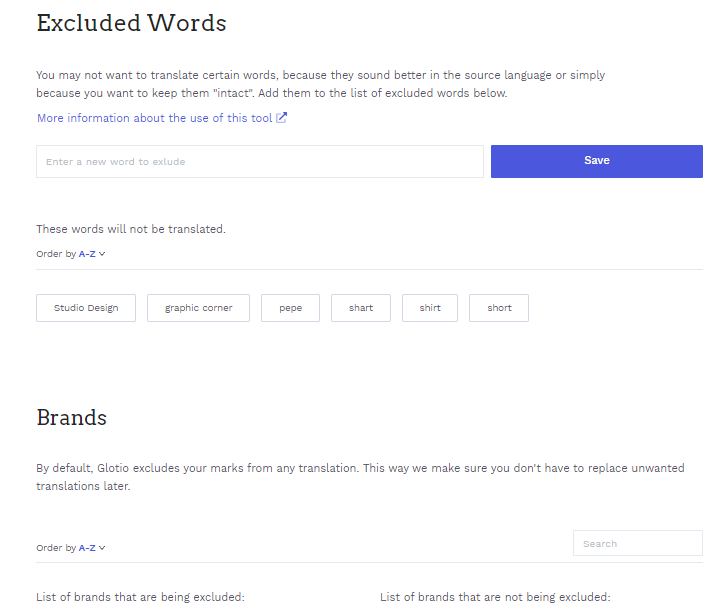 Which rule does Glotio use to mantain the original format of my texts?

The following describes the rules of how Glotio tries to respect the original format of the texts using the list of excluded words. For all the examples below, suppose a rule has been added to not translate the word "coche".

IMPORTANT: it is possible that an excess of rules could deteriorate the quality of the translation.

Which fields does Glotio translate?

Error: I have translated / updated a language and there is an untranslated text